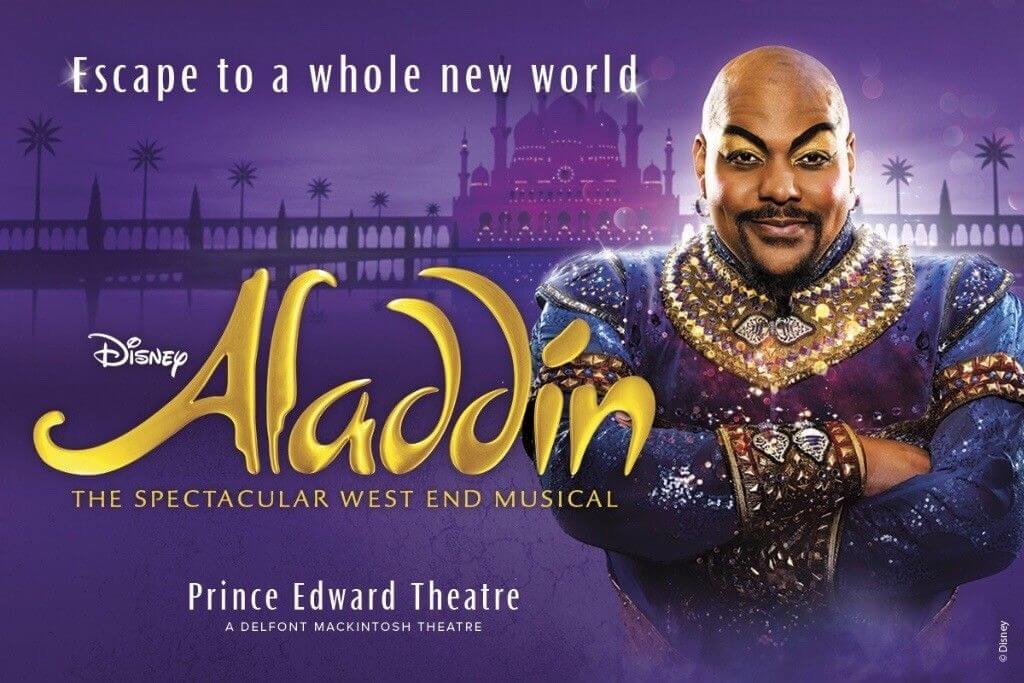 From award-winning Disney movie to smash hit musical comedy, Aladdin is an exuberant West End spectacular. Aladdin features all the unforgettable songs from the much-loved Disney film, such as ‘A Whole New World’ and ‘Friend Like Me’, as well as some brand new musical numbers for you to fall in love with.

What Is Aladdin About?

When street urchin Aladdin stumbles across an ancient lamp in the Cave of Wonders he unwittingly releases the weird and wonderful Genie. Transformed into a prince by his three wishes, Aladdin teams up with adventure-hungry Princess Jasmine. But Aladdin’s not the only one who knows about the lamp – the wicked Jafar has his own wicked wishes that he wants granted.

Directed and choreographed by the inimitable Casey Nicholaw (The Book of Mormon, Something Rotten!), starring Trevor Dion Nicholas in his role as Genie and with stunning sets from multi-award-winning designer Bob Crowley, Aladdin is a superbly crafted piece of theatre that will enchant the entire family.

Bursting with adventure, romance, magic, music and dance, Aladdin is playing at Prince Edward Theatre. Don’t delay to book your tickets to this beguiling musical comedy. 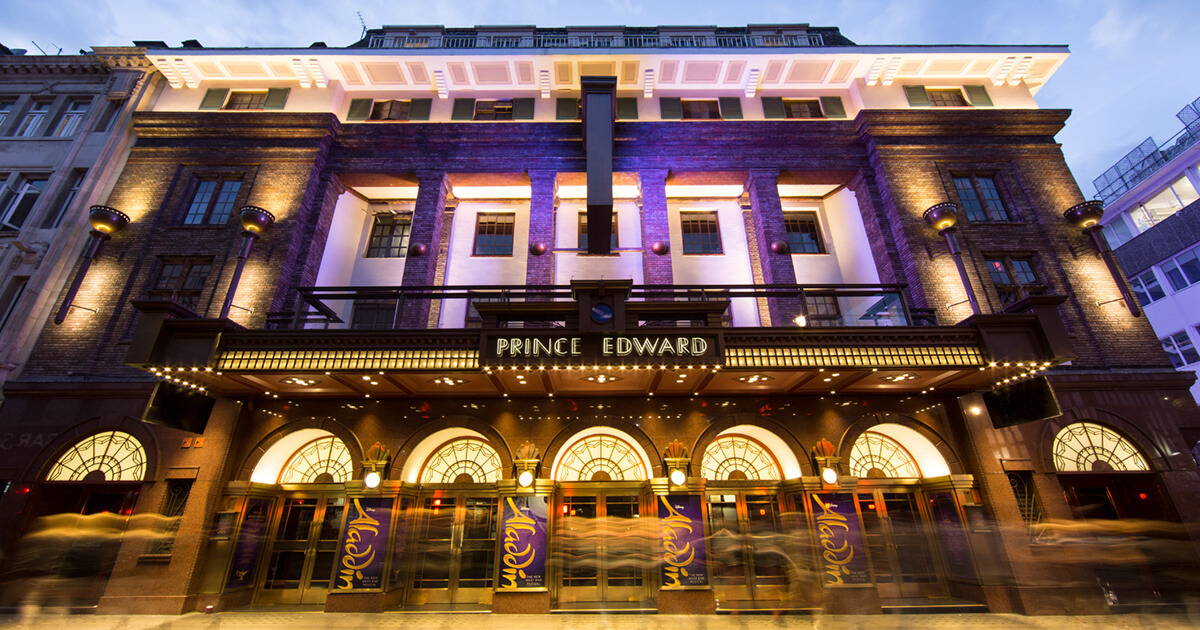